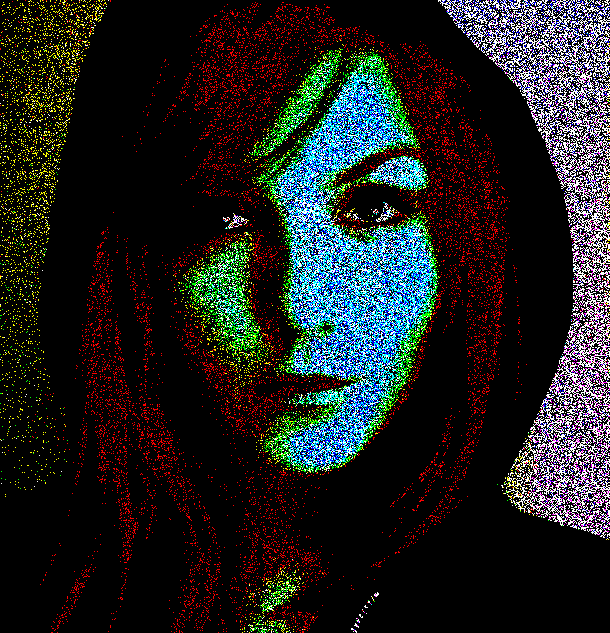 Portland Confidential: Coming Out as Genderfluid

This post first appeared on Medium on January 3, 2017. It has been edited from the original version.

Gender nonconforming while a Scorpio

I went to a queer support group here in Portland and, for the first time ever, asked the people in the group to call me Jack.

And I was blown away. It kind of made my night. I was inwardly beaming. Having trouble paying attention to others’ heart-rending stories, I was so inwardly thrilled to be recognized as Jack.

Me, a large-breasted girl with painted fingernails, longish hair, full lips, and a sweet, heart-shaped face. I was Jack! I had claimed some essence of my masculine self, and people had listened.

Not sure what to do about pronouns and the rest of it. Genderfluid and trans. “They/them” works nicely, for those that bother to ask. I’m not getting tied up in knots about this. I mean, I still carry a purse.

Where this goes next, I have no idea. But here is a bit of backstory.

Last Monday night I decided to try an experiment. There was this young dude (30, great body, worked out all the time) who had expressed an interest in me that was more than purely professional. About a month and a half ago we ended up making out past 2 AM in some downtown bar whose name I don’t even remember. We took an Uber to his place but stopped just short of having sex.

I wanted to think through my current relationship, long distance and already polyamorous in theory, and decide whether I really wanted to open it up to somebody new. I also figured I should get re-tested for STDs, just to be safe.

The answer I came to was emphatically, yes. So last week I sent Young Dude a text to see if he wanted to catch the Warhol exhibit in town. Four hours later, we ended up eating vegan mozzarella at a punk rock dive bar, then singing karaoke (my performance was unimaginably bad), then back to my place. The night was comically ill-timed (the smell of burning rubber alerted us that the tea lights were melting the blinds, even though not directly in contact) and a cold shower almost gave my date hypothermia.

The interesting part of the experience was that even though I knew I might be getting laid that night, I made no special effort to femme it up. Legs remained unshaven. I wore out the same bulky black hoodie that I wear everywhere. This was intentional (even though I did clean up the apartment some, with the thought that somebody might be coming back).

I decided, just that once, to act like a man — which is to say, just be me.

This is me at 40, folks. I wanted to not apologize for it or cover it up. I wanted to see what would happen. No regrets.

Face it: my body will probably never look the same in lingerie as it did five years ago. I lost a lot of weight after my divorce — got to experience about seven years of having pretty much my ideal body. But then one day, metabolism and time catches up with you. You start to wonder, what exactly does the future hold in store for average looking women in their forties and fifties who don’t have kids?

I am viewing this unavoidable process of aging as an excuse to explore my more masculine side. Which is weird, because I really love my body. I can’t imagine having chest surgery. I could fantasize about a deeper voice, chest hair, all the other effects of “T”. (And yes, I’ve done the research about transitioning in midlife.)

I have no idea how other people experience gender. I just know that I almost never feel like a girl. Even when I did femme it up, it felt like a costume, or a video game avatar. A really fun and sexy costume, but something contrived and separate from the essence of who I was.

I know that I’m also a very nurturing and empathic person, and that those traits put me in the bucket of “feminine.”

But then… this is also me. Leader. Builder of things. Entrepreneur. Somebody who prefers to call shit like it is and isn’t afraid of conflict. Somebody with an unflagging code of loyalty to my peeps, even when they don’t return the same. Somebody whose idea of a perfect evening is just having two beers with a buddy. Really. That’s it.

I think about why I have so many more guy friends than female friends, and it’s easy to just chalk it up to women being busy with children and partners, or women’s internalized jealousy and mistrust of other women.

But sometimes I wonder. Maybe something is clicking for me on a deeper level. I’ve never been a tomboy, never been super butch although I did shave my head in my early 20s. I’ve only ever been with two women in my life.

I feel dorky for embarking on this “voyage of self discovery” at the cusp of middle age. But I also feel like to try and fit a mold I outgrew sometime in the last few years might be literally dangerous to my health.

I guess for me the essence of masculinity is being perceived for my talent, strength, and ability rather than for how I look or my relationship to others. It has very little to do with having a penis or chest hair. And yet, projecting this self while outwardly feminine can be threatening to some.

I have thought about this shit for years, but never expressed it publicly before. I don’t know where it will lead. At this point in my life I am used to feeling like an outcast, even while deftly maneuvering professional and social situations and keeping casual acquaintances at arm’s length. Adapting a less traditional gender presentation might change that. It might make me, finally, a bit less closeted in my multifaceted “otherness.”

And honestly, that might be a change I am looking for.